Forty years ago an Italian director called Sergio Leone shot here four of the all time most popular films “Fistful Of Dollars”, “For A Few Dollars More”,” The Good, The Bad and The Ugly” and “Once Upon A Time In The West”. An adventure that changed the lives os many….

“An ancient greek poem describes the Battle of Thermopile; a humble soldier says: “My rank was not important and neither the things I did. What is really important is that I fought the battle with my heart and the fact that I can say that I was there too, in the middle of the battle dust. Yes, I was there too.”” Carlo Leva. Set constructor at Almeria (interviewed for the film) 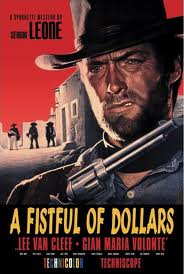 A FISTFUL OF DREAMS

In 1964 a bunch of Italians leaded by Sergio Leone shot a small western called “Fistful of Dollars” in a remote corner of Spain. The success of Leone´s first western film brought an avalanche of shootings to Almeria. Crews from all over the world arrived, in a new race for the gold, to shoot, together with Almeria natives, more than four hundred films in a ten years period.

This is the story of the “European Hollywood” throught those that closely to Leone made possible four legendary films. They,.soldiers in the Battle of Thermopile.

A Sergio Leone documentary. The makinf of Fistfull of Dollars.

A backstage look into the process of doing a film.