2: #that describes
the battle of Thermopile.#

4: #»My rank is not important…# END_OF_DOCUMENT_TOKEN_TO_BE_REPLACED 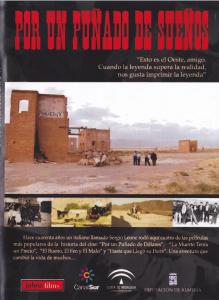 A fistful of dreams, the sergio leone documentary, has been included at the Autonoma University library catalogue in Barcelona. 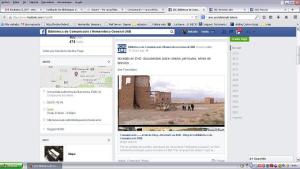 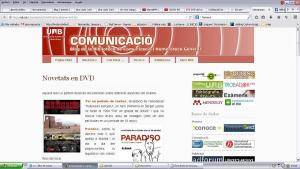 Down below you have a film clip belonging to A Fistfull of Dreams documentary. As you now it is a documentary about Sergio Leone and the making of his films (A Fistfull of Dollars, For A Few Dollars More, The Goog, The Bad and the Ugly, Once upon a Time in the West, Once Upon A Time The Revolution and Once Upon A time in America».

END_OF_DOCUMENT_TOKEN_TO_BE_REPLACED 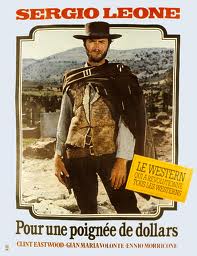 END_OF_DOCUMENT_TOKEN_TO_BE_REPLACED

Forty years ago an Italian director called Sergio Leone shot here four of the all time most popular films «Fistful Of Dollars», «For A Few Dollars More»,» The Good, The Bad and The Ugly» and “Once Upon A Time In The West». An adventure that changed the lives os many….

«An ancient greek poem describes the Battle of Thermopile; a humble soldier says: «My rank was not important and neither the things I did. What is really important is that I fought the battle with my heart and the fact that I can say that I was there too, in the middle of the battle dust. Yes, I was there too.»” Carlo Leva. Set constructor at Almeria (interviewed for the film)

END_OF_DOCUMENT_TOKEN_TO_BE_REPLACED 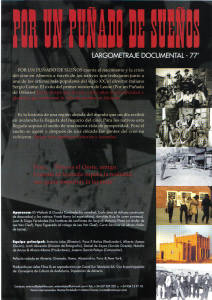 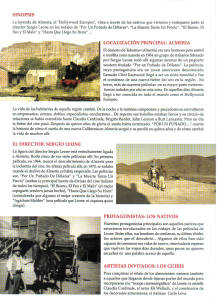